The Inmates in Glenn Dyer Detention Center and the Santa Rita Jail of Alameda County begin a hunger strike today to call attention to inhumane jail conditions. They start their hunger strike in solidarity with inmates in Santa Clara County, and ask for our community support.

On October 15th, 2017 Prisoners United in Glenn Dyer Detention Center and the Santa Rita Jail of Alameda County will go on a hunger strike until October 20th. This strike will be the first wave in order for the community to see the abuse of practices of inhumane conditions, indefinite solitary confinement, meaningless classification reviews and group punishment. Glenn Dyer Detention Center has violated our due process protections through cruel and usual punishment.

It would be appreciated to receive outside support of families and the community outside of Glenn Dyer protesting the injustices of Alameda County both at Glenn Dyer and Santa Rita. Literally we are being silenced. We have been deprived from all forms of social oxygen, with no contact with another human being for weeks at a time. We have been subjected to indeterminate Administrative Segregation, our mail has been blocked, with threats to stop visitations, rehoused and separated from one another to break our strike. We have grievanced everything and received nothing.

We are calling for the support from families and the community to contact the Alameda County Sheriff Administration and Alameda County Board of Supervisors to our meet demands:

Tell the Sheriff Administration and Board of Supervisors you are calling in support of the hunger strike and expect they will work toward an immediate resolution to these issues. 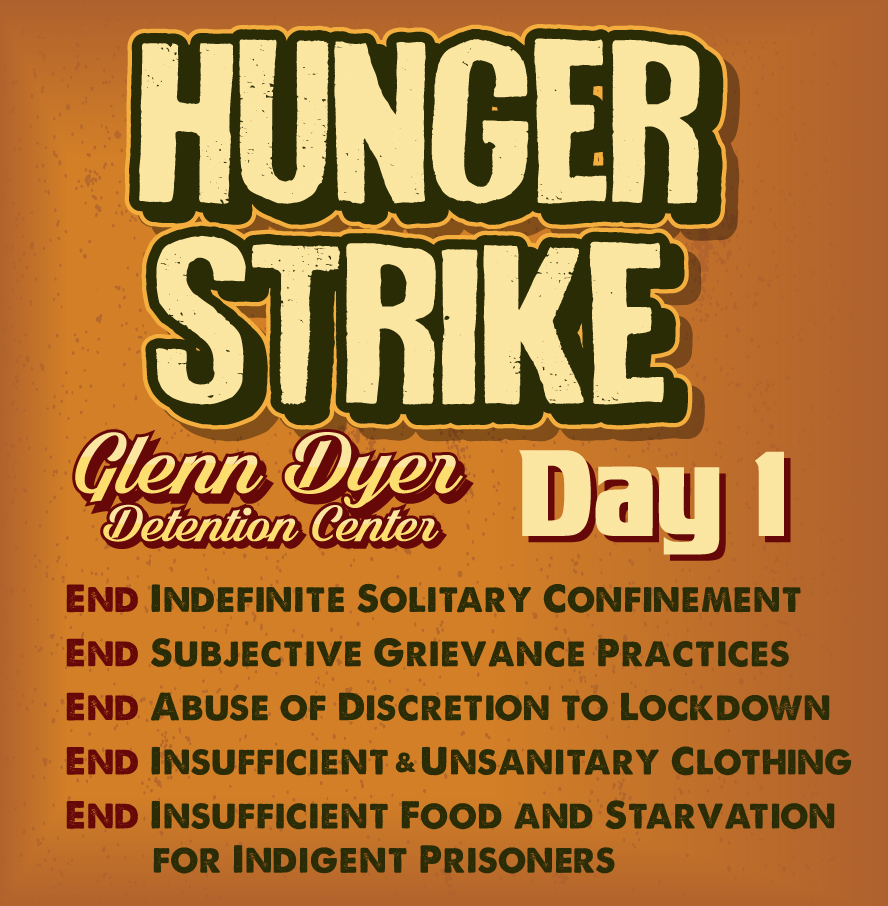 Prisoners United of Glenn Dyer is a self organized group of incarcerated individuals inside the Glenn Dyer Detention Center in Oakland.